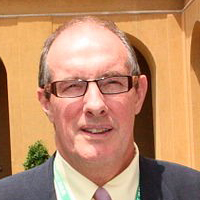 Will Hutton is a political economist, author and journalist. Apart from his association with CEP he is a non-executive director of the Satellite Applications Catapult, an associate of the Oxford University Martin School and writes a fortnightly column for the Observer. As one of the leading economics commentators in the country, Will is regularly called on to advise senior political and business figures and comment in the national and international media. He began his career in the City before moving to the BBC where he became Economics Editor of Newsnight, then went to be Economics Editor of the Guardian. He spent four years as Editor-in-Chief of The Observer and was Chief Executive of The Work Foundation from 2000 to 2008. He stepped down from the Principalship of Hertford College, Oxford in September 2020. Will has chaired two government Commissions – one on Public Sector Pay for the Coalition government in 2011 and one on the Creative Industries for the Labour government in 2007. He was rapporteur for the EU’s Kok Commission in 2004, and was one of “ twelve wise men and women” to reflect on the future of Europe at the request of President Prodi in 2002. He has chaired/directed and/or founded four think tanks – the Employment Policy Institute, the Work Foundation, the Big Innovation Centre and the Purposeful Company. He was a trustee of the Scott Trust, owner of the Guardian and Observer, from 2006 to 2016. His many books include 'The Revolution That Never Was' (1986), 'The State We’re In' (1995), 'The World We’re In' (2000), with Tony Giddens 'On The Edge' (2001), 'The Writing on the Wall: China and the West in the 21st Century' (2008), 'Them and Us' (2011), 'How Good We Can Be' (2015), and most recently with Andrew Adonis 'Saving Britain: How We Can Prosper in a New European Future' (2018).