As Nobel Laureate Paul Krugman wrote: "Productivity isn't everything, but, in the long run, it is almost everything. A country's ability to improve its standard of living over time depends almost entirely on its ability to raise its output per worker."

Our programme has researched the determinants of productivity empirically, focusing on the role of new technologies, management practices, investment, R&D, skills, competition and regulation of labour and product markets in shaping innovation and productivity both in the private and public sectors. There is a strong focus on linking empirical findings to practical policy and economic theory.

Detailed analysis of the evidence on the determinants of productivity has helped inform the options available to policymakers in dealing with the UK's laggard productivity performance. This was set out in two LSE Growth Commissions and their reports and continues in our work on industrial policy.

In looking at productivity in both the private and public sector we have discovered wide variations in productivity across firms and organisations, even within narrowly defined sectors. To get at the causes of this the programme has, since 2004, conducted the world's first survey of management practices and their impact on firm productivity by carrying out in-depth interviews of over 20,000 firms in 35 countries (the World Management Survey). Organisations such as the UK's Office for National Statistics, the European Bank for Reconstruction and Development, the World Bank and the Department for Business, Energy and Industrial Strategy, have incorporated elements of the CEP's survey into their own surveys and we partnered with the US Census Bureau to generate the Management and Organizational Practices Survey (MOPS) now in its third wave and emulated by 10 other countries around the world. Surveys have also been conducted of hospitals and schools.

While the quantity of economic growth matters, so does its quality.

Economic growth in the past was associated with spectacular increases in greenhouse gas emissions. If we want to avoid catastrophic climate change, the global economy must embark on a less emission-intensive growth plan going forward. Much of this will depend on the development and adoption of new "clean" technologies. A core theme of the programme is an understanding of the drivers and barriers of this "clean transition".

Economic growth can also be destructive if it is not equitable. Much of the global growth in recent years benefited those at the top of the income distribution while leaving many behind. The programme explores why that is the case (eg. is it because of the emergence of superstar firms?) and what might be required to make growth more equitable (eg. can we develop policies to find the "lost Einsteins"?)

See all staff working on Growth

LSE Growth Commission's 2017 report sets out a new blueprint for inclusive and sustainable growth in the UK outlining priorities for jobs and skills, industrial strategy, openness and finance and growth. Read more... 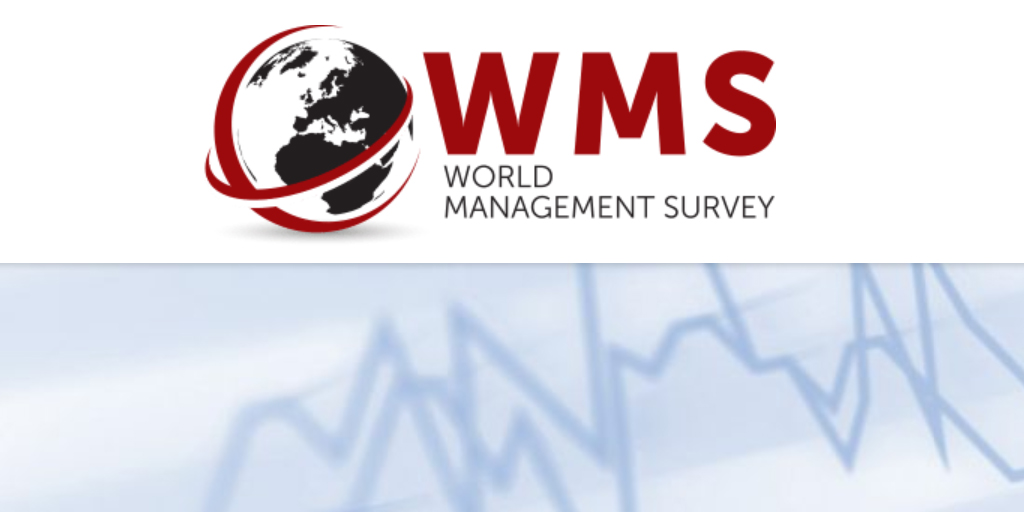 World Management Survey at 18: lessons and the way forward 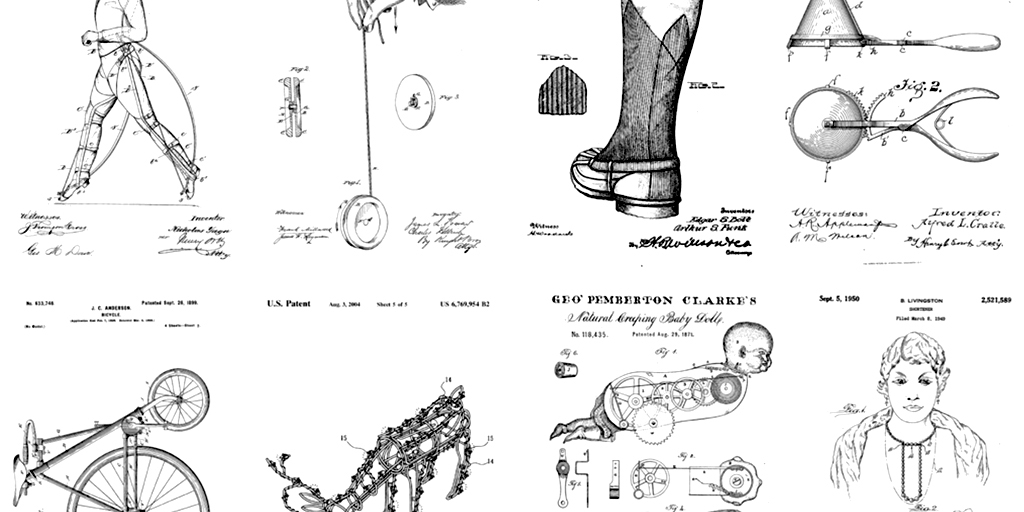 Lost Einsteins: who becomes an inventor in America?

John Van Reenen and his colleagues analyse data on the lives of more than one million inventors to uncover what we can learn from policies designed to stimulate innovation. Read more...

in brief... Confusopoly: how mobile phone companies use product complexity to raise prices

Confusing consumers can be profitable for companies, particularly in a highly competitive market. Christos Genakos, Tobias Kretschmer and Ambre Nicolle find evidence that, for a period, phone operators decreased the tran...Read more...

The Government's commitment to achieving net zero greenhouse gas emissions by 2050 will mean investment, and change, across the economy: from the decarbonisation of buildings and surface transport, to shifts in diet, avi...Read more...

What we learnt about the Covid economy

In spring 2020, many countries imposed radical, urgent actions including lockdowns to protect their citizens' health - but there was also a need to protect people from the worst of the ensuing economic storm. Academics a...Read more...

Evidence from Greece: the potential pitfalls of using education as a welfare policy instrument

Policymakers frequently use education as a welfare policy instrument. But can these policies have unintended consequences? Christos Genakos and Eleni Kyrkopoulou present findings from a case study in Greece where a socia...Read more...

This report, the 19th report for The Economy 2030 Inquiry, provides a hard-headed assessment of the opportunities presented to UK plc by the move to net zero, and considers how best these can be unlocked. It does this by...Read more...

University Challenge - bridging the local and the global

Anna Valero notes that universities play a special role in driving social and economic progress and shows how they can do even more to benefit their local communities....Read more...

Working harder and longer: how managers use their time when working from home

Managers worked longer hours during the pandemic and changed how they used their time, find Thomaz Teodorovicz, Raffaella Sadun, Andrew L. Kun, and Orit Shaer. They suggest how better technology, including AI, could help...Read more...

Innovation is an important driver of potential growth but quantitative evidence on the dynamics of innovative activities in the long-run are hardly documented due to the lack of data, especially in Europe. In this paper,...Read more...

A decade of stagnant living standards, weak productivity and low investment combined with a coming decade of major change - driven by Covid-19, Brexit and Net Zero - mean that it is crucial for the UK to renew its econom...Read more...

The impact of the war in Ukraine on economic uncertainty

Economists review the effects of the war in Ukraine, identifying where and to what extent measures of economic uncertainty have increased....Read more...

The anatomy of a hospital system merger: the patient did not respond well to treatment

Despite the continuing US hospital merger wave, it remains unclear how mergers change, or fail to change, hospital behavior and performance. We open the "black box" of hospital practices through a mega-merger between two...Read more...

How does working from home during Covid-19 affect what managers do? Evidence from time-use studies

We assess how the sudden and widespread shift to working from home during the pandemic impacted how managers allocate time throughout their working day. We analyze the results from an online time-use survey with data on ...Read more...

We construct the World Uncertainty Index (WUI) for an unbalanced panel of 143 individual countries on a quarterly basis from 1952. This is the frequency of the word "uncertainty" in the quarterly Economist Intelligence U...Read more...

Multitasking while driving: a time use study of commuting knowledge workers to access current and future uses

Two years on, how has the pandemic affected businesses in the UK?

Two years on from the start of the pandemic, this article takes stock of how businesses were affected, the extent to which things have recovered and where the effects of Covid-19 are still being felt....Read more...

Restarting the future
How to fix the intangible economy

The past two decades have witnessed sluggish economic growth, mounting inequality, dysfunctional competition, and a host of other ills that have left people wondering what has happened to the future they were promised. R...Read more...

In the last few decades, dramatic changes have been documented in the US business landscape. These include rising productivity and pay dispersion between firms, higher aggregate markups (of price over variable costs), gr...Read more...

Managerial and financial barriers during the green transition

We use data on 10,852 firms across 22 emerging markets to analyse how credit constraints and deficient firm management inhibit corporate investment in green technologies. For identification, we exploit quasi-exogenous va...Read more...

Sanctions and the targeting of 'elite' interests: the effectiveness of targeting in the case of Iran

The targeting of elite interests has been at the centre of recent sanctions policies, and will be a major strategic concern as the world responds to the Russian invasion of Ukraine. Mirko Draca, Jason Garred, and Nele Wa...Read more...

Innovation can affect inequalities in many ways - increasing some inequalities and decreasing others. An innovation can introduce a new good, improve the quality of existing goods, or lead to new ways of doing things. It...Read more...

There have been some dramatic changes in the business landscape in American firms over the last four decades that have been extensively documented by researchers and are the subject of much public debate (e.g. Van Reenen...Read more...

Economics is the study of how to share out scarce resources. But it is also about how to make those resources less scarce by creating a bigger economic pie to share. The key to economic growth is increased productivity -...Read more...