The Labour Markets programme studies the world of work. It looks at how social and economic changes, such as immigration and new technology affect jobs, wages, gender and regional inequality. It considers how policy-makers can and do respond to these changes.

Since most people depend on the labour market for their livelihood, how it functions is of crucial importance for wellbeing and for economic performance.

We study how labour market changes occurring as a result of social and economic changes are met by policy interventions and changes in labour market institutions and their effect on different employers and employees.

Our foundational work on unemployment and labour market search in the 1980s and 1990s established the way we think about the causes and cures for unemployment. Since the 1998, when the UK's Labour government introduced its New Deal policies, this framework has formed the basis of UK and European policymaking to combat unemployment. Our follow up evaluations tested the efficacy of these policies and showed that unemployment fell in countries which adopted them. Extensive work on the National Minimum Wage countered existing orthodoxy by demonstrating how a reasonably set wage could help increase low pay without having negative effects on employment.

Later research investigates why recent lower unemployment has paradoxically been accompanied by a sustained fall in real wages and living standards and widening wage inequality, with the highest wages pulling away dramatically from the lowest. One of the most enduring sources of labour market inequality, the pay gap between men and women, has been explored in a project of its own. Other causes of the widening of wage inequality have been explored including those due to skill-biased technological change, where workers in technologically centred jobs earn increasingly more than those in more routine employment. More recent work looks at whether robotics and software will reinforce the effect of automation in further displacing workers in the middle of the income distribution.

The labour market is changing in other ways too and we explore the impact of zero-hour contracts and the expansion of the "gig economy". Does this explain high employment levels despite the financial crisis? How will this affect work conditions, wages, and tax receipts and what are the implications for these workers in terms of retirement and unemployment? Our research will explore these issues in the same way it looked at the impact of unions on wages, conditions and contracts of employment.

We will also consider the impact of Brexit and other shocks on local labour markets and the consequences for spatial inequality. Why does unemployment persist in certain local labour markets even when neighbouring markets work well? The impact of the Brexit referendum decision will also involve continued work on immigration. While work to date focussed on the limited impact of increased migration flows on employment and wages of natives, future work will consider the effects of increased regulation of immigration from the EU on productivity, employment and sectoral labour shortages.

Gender Gaps and the Rise of the Service Economy

The historical growth in the service sector since the Second World War has created jobs for which women have a comparative advantage, according to analysis by Rachel Ngai and Barbara Petrongolo. Read more... 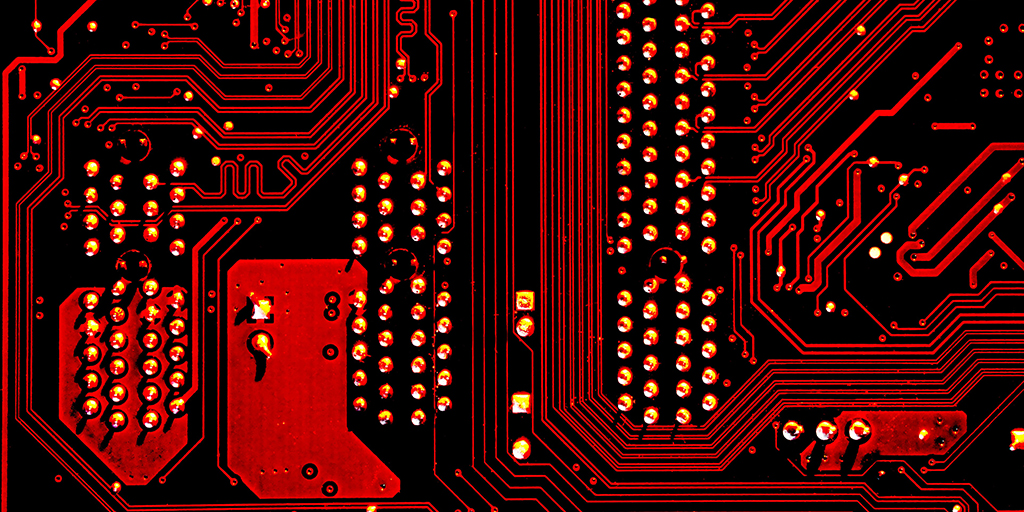 Is technology to blame for jobless recoveries? 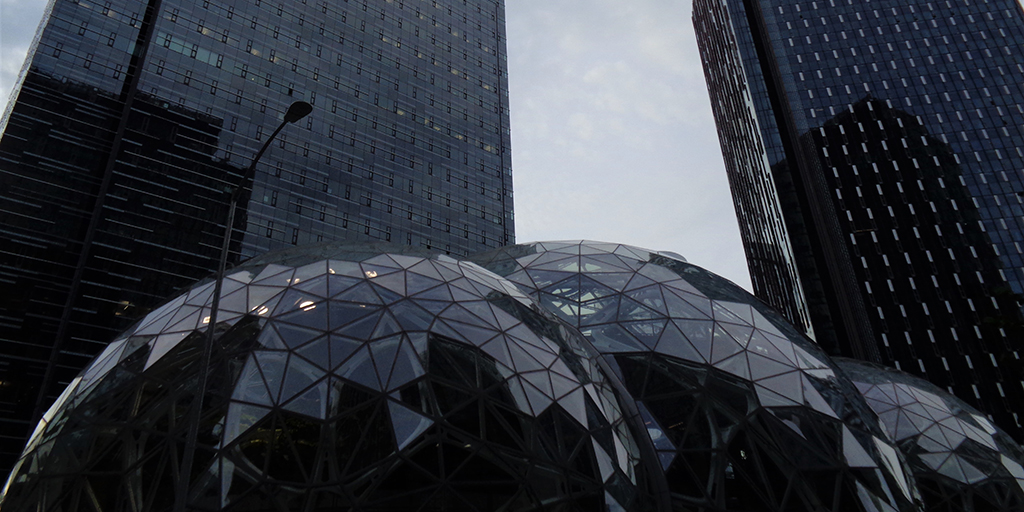 David Autor and colleagues analyze micro panel data from the U.S. Economic Census since 1982 to assess a new interpretation of the fall in the labor share based on the rise of "superstar firms." Read more...

Net migration to the UK has reached record highs. International students are included in the immigration statistics and the government has implied it may seek to limit their future numbers. More research is needed to des...Read more...

Striking a balance on student migration to the UK

Net migration into the UK was 504,000 between June 2021 and June 2022, far higher than the previous record of 330,00. While the single biggest factor behind the rise in net migration was the new visas open to Ukrainians ...Read more...

Global supply chain disruptions due to the Covid-19 pandemic have increased the costs of trade between countries. Given the interconnectedness of the US economy with the rest of the world, higher trade costs can have imp...Read more...

Pay inequality is high in South Africa: bosses are part of the problem

South Africa is one of the most unequal countries in the world. This income inequality is mostly due to high unemployment and large differences in wages. In South Africa today, economists and policy-makers typically foc...Read more...

The family consequences of job insecurity: Fertility and marriage

Fertility rates have fallen sharply in OECD countries over the last 60 years, a drop mirrored in diminished employment protection over the same period. This column asks whether this greater job insecurity has contributed...Read more...

This paper studies consequences of the very large exchange rate depreciation occurring in June 2016 due to the UK electorate unexpectedly voting to leave the European Union. As news of a leave vote came in, the value of ...Read more...

Defying distance? The provision of services in the digital age

Digital platforms are transforming services by making the physical distance between provider and user less relevant. I quantify the potential gains this flexibility offers in the context of digital primary care in Sweden...Read more...

Using comparable data for 24 countries since the 1970s, we document gender convergence in schooling, employment and earnings, marriage delay and the accompanying decline in fertility, and the large remaining gaps in labo...Read more...

Who's got the power? Wage determination and its resilience in the Great Recession

Whereas wage inequality has risen markedly in most OECD countries in recent decades, it has fallen in several Southern European economies. To shed light on this phenomenon, we embed sectoral bargaining, which is common i...Read more...

Worries that jobs will be lost to automation are not new, but have been heightened since the release of Frey and Osborne's 2013 study, which warned that nearly half of jobs in the US were at 'high risk' of automation. Ne...Read more...

The wage elasticity of recruitment

One of the factors affecting the market power of employers is the extent to which higher wages makes recruitment easier. There is very little research on this. This paper presents a methodology for estimating the wage el...Read more...

Two years after the Covid-19 crisis began, incomes of the UK’s self-employed remain well below their pre-pandemic levels. Robert Blackburn and Maria Ventura explain why the solo self-employed, who represent about 85% of ...Read more...

Environmental costs of the global job market for economists

Each year, the international job market for economists involves more than 1,000 candidates and several hundred recruiters from around the world meeting for short pre-screening interviews at annual congresses in Europe an...Read more...

The recovery from the Covid-19 crisis will force governments to accelerate transformation in their menu of labor market policy tools. The crisis was a stress test for unemployment insurance schemes as it involved a sudde...Read more...

Working from home around the world

The Covid-19 pandemic triggered a surge in working from home. This big shift has endured and is likely to continue, even after the pandemic. This column reports that employees value the option to work from home 2-3 days ...Read more...

Firms and inequality when unemployment is high

How important are firms for wage inequality in developing countries where structural unemployment is high? Research focused on contexts close to full employment has suggested a substantial role of firms in labor market i...Read more...

Managerial input and firm performance. Evidence from a policy experiment

We study the effects of a subsidy program designed to boost small and medium enterprises' export capabilities through a Temporary Export Manager (TEM), hired for at least 6 months to provide consulting on how to reach fo...Read more...

Occupational prestige and life satisfaction in the UK: The Miserable Middle?

We use British panel data to explore the link between occupational status and life satisfaction. We find puzzling evidence for men of a U-shaped relationship in cross-section data: employees in medium-status occupations ...Read more...

An argument to justify public transport closures has often been lack of profitability for the service provider. However, Andrew J. Seltzer and Jonathan Wadsworth find that such discussions often miss much of the full val...Read more...

The question of how firms set wages for their employees has been of longstanding interest. In this paper, we investigate what models of wage determination are at play in a low-wage labor market. We exploit a sizable and ...Read more...

Economic insecurity has attracted growing attention, but there is no consensus as to its definition. We characterize a class of individual economic-insecurity measures based on the time profile of economic resources. We ...Read more...

The impact of public transportation and commuting on urban labour markets: evidence from the new survey of London life and labour, 1929-32

This paper examines the consequences of the commuter transport revolution on working-class labour markets in London, circa 1930. Using GIS-based data constructed from the New Survey of London Life and Labour, we examine ...Read more...

Minimum wages and living wages: what happens in times of inflation?

It is widely accepted that minimum wages are an effective way to help workers at the lower end of the income distribution without damaging their job opportunities. But while the UK's minimum wage has risen faster than th...Read more...